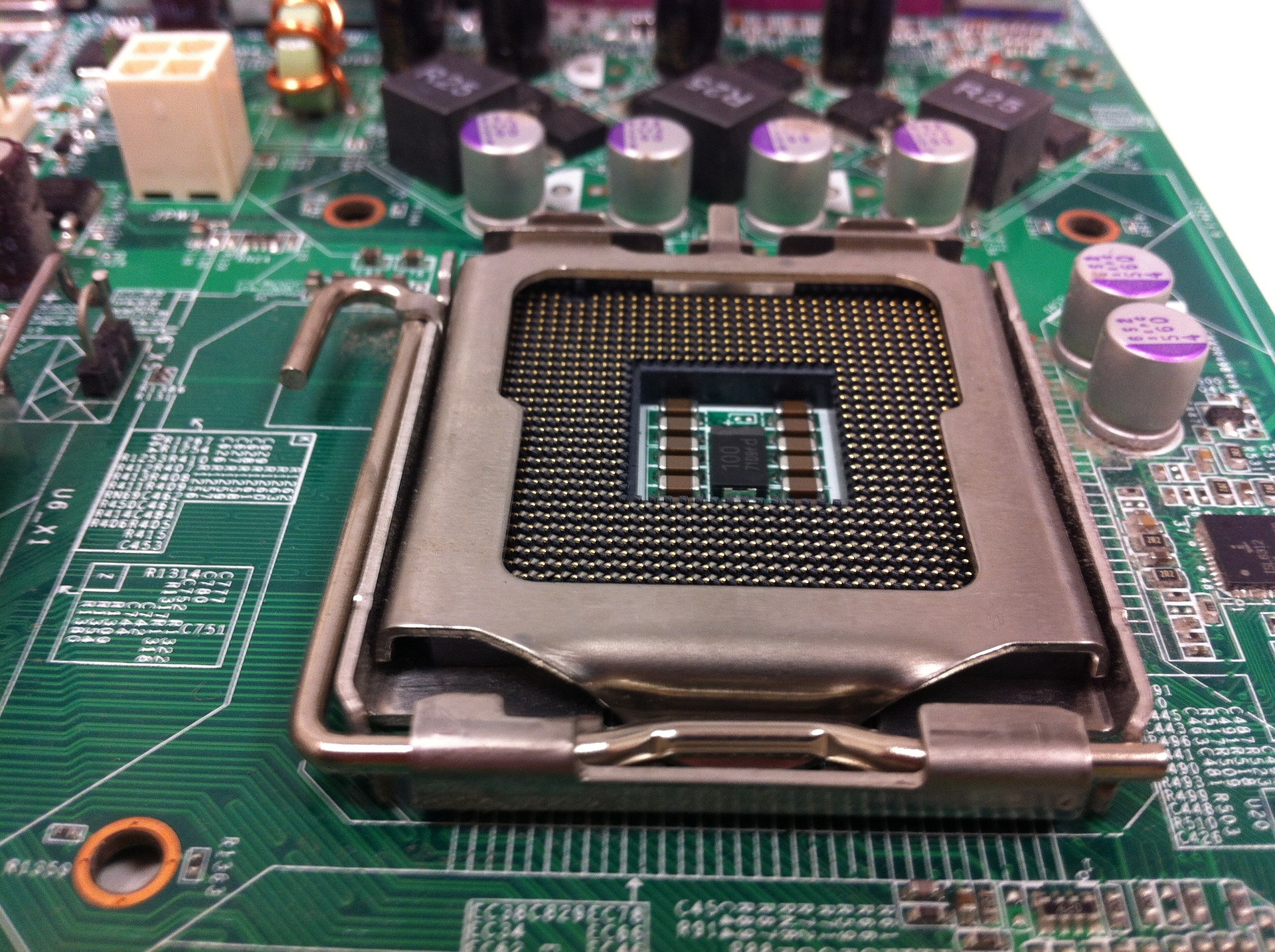 Processor technology constantly evolves. New generations of chips continuously supersede their predecessors and the market dominance keeps shifting between AMD and Intel. Yet one thing remains mostly the same – the type of CPU socket.

Sure, the technical specifications of the sockets are iterated upon, but the type of socket technology used in the lineup of a particular company remains more or less the same. Intel uses LGA, AMD prefers PGA, and mobile processors are almost always BGA.

But what do these acronyms mean, and how exactly do these socket technologies differ? Here is a brief overview.

Land Grid Array, or LGA as it is usually called, is a configuration placing the connector pins on the motherboard. The processor itself only sports complementary points of contact, which need to be perfectly aligned with the pins in the socket.

This spares the CPU from any issues arising from damaged or bent pins, making it easier to handle and install. At the same time, it drives up the cost of the motherboard and needs very precise insertion.

Intel processors almost exclusively use LGA sockets, owing to their reliability. New CPU lineups mostly vary in terms of the number of pins, which is represented in the socket names by appending the number. For example, the 11-gen Intel processors slot into an LGA 1200 socket, while earlier generations used sockets with names like LGA 1151 or LGA 1151.

The older socket technology is the Pin Grid Array (PGA). Once used by Intel as well, it is currently only used by AMD chips. Basically, this socket type places the connector pins on the processor rather than the motherboard.

This means an easier time slotting it into the socket, at the cost of accidentally damaging the CPU if done incorrectly. And as the processor is typically more expensive than the motherboard, a single damaged pin can end up costing you a lot.

Additionally, it is easier to construct features that protect the pins when they are present on the motherboard, making LGA superior in this aspect. But if installed correctly (say in a pre-assembled machine), there is virtually no difference.

Most AMD processors implement PGA sockets. As a result, AMD motherboards are typically cheaper, reducing the cost of building an AMD computer. Some chips from the company do use LGA occasionally, but such examples are few and far in-between.

BGA: The Choice of Mobile Devices

To be honest, Ball Grid Array (BGA) isn’t even a socket. The defining characteristic of BGA is that the processor is soldered directly onto the motherboard, without any possibility of removal.

Since a BGA chip doesn’t even have connector pins, you cannot install any other processor in this “socket”. This makes such CPUs stuck with their original configuration, leaving no room for upgrades.

That’s why this type of socket is only used for mobile devices and laptops. For example, the ARM and Qualcomm processors shipped with most Android phones use BGA sockets.

Even though this locks down the CPU choice, it reduces production costs and time. And since almost every other component in such devices is impossible to upgrade anyway, it has minimal impact.

Which Socket Technology is the Best?

Socket types mainly dictate compatibility. For the most part, the performance of your system is going to be decided by its processor’s cycle speed and other parameters. While each socket type does have its own advantages and disadvantages, they do not really come into play that much.

LGA gives a bit more leeway while installing the processor, while PGA saves some cost on the cost of the motherboard. Neither is a bid deal when getting an embedded computer assembled by a professional service provider, as the teething issues are taken care of by them.

BGA is the worst socket type in terms of customizability, as you can never switch out the processor. But the devices using these sockets have a short lifecycle anyway, so the lack of processor upgrades is not a dealbreaker.

In short, there is no such thing as a de-facto best CPU socket. Just keep the type of technology in mind when choosing the right processor to pair with your motherboard.