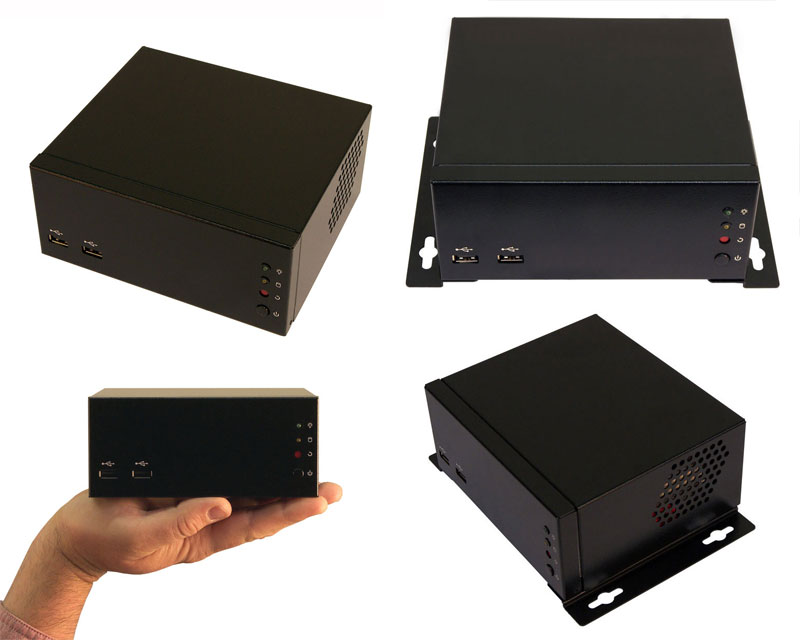 How Does Fanless Cooling Work?

Anyone who uses a PC is familiar with the not-so-quiet whirring of the fans in the background. Laptop or desktop, all home computers use fans for cooling. But when it comes to embedded computers, things are a bit different.

Fanless embedded PCs have been available in the market for a while now, powering industrial applications in harsh environments. The lack of a fan reduces maintenance needs and allows the system to draw less power – important considerations in the industrial space.

But this leads to the natural question: How exactly does fanless cooling work? Let’s try to find an answer.

Why does a computer need so much cooling anyway?

Apart from the general wisdom that electronics do not do well with high temperatures, the reason computers have to avoid overheating is performance.Modern-day processors do not operate at one single clock speed. Instead, they are capable of adjusting their output across a very wide range, depending on the operating temperature. This means that if a processor starts getting overheated, it will throttle its own clock speed and underperform.

While that may not be that big an issue in a casually used home PC, an industrial system needs to perform tasks quickly and efficiently. Any performance drop in an embedded computer indirectly affects your bottom line.

The flow of heat in a computer

The primary source of heat in a computer is the processor. If the system also includes a discrete graphics card, then that is another source of heat production.

As the surface area of these chips is quite small, they are not good at radiating out the heat they produce. To help channel this heat away, these chips are glued to specialized components called ‘heat sinks’.

Heat sinks are basically metallic plates covered with fins to maximize the surface area. Made of thermally conducting metals like copper and aluminum, these heat sinks absorb the heat generated from the chips and radiate it outwards.

This is where the fans come in, maintaining a constant airflow and blowing away the warm air rising from the heat sink. As you might expect, this entire system hinges on the smooth functioning of the fan – if the fan breaks down (or jams due to dust) the heat starts building up.

So how do you cool a computer system without using a fan? Larger machines sometimes use liquid cooling systems to keep the temperatures down. It works well but is not practical for small embedded systems.

Fanless embedded computers function by turning the whole casing into an extended heat sink. As these systems are slim, the components are nestled without any excess space, in a manner so that the heat gets conducted or radiated outward.

The outer casing of fanless systems sports fins that create a passive airflow to carry off the heat, thereby cooling the computer without any moving parts. Of course, this is not as effective as active cooling achieved by a fan, so special components have to be used. Processors with low power requirements as well as heat-resistant materials are incorporated.

Fanless cooling isn’t exactly rocket science. The principle used is the same as in traditional fanned computers but just taken a bit further. Instead of just an internal heat sink that takes the heat away from the processor, the whole chassis of a fanless computer is intended as a massive heat sink.

Thanks to specially designed fins on the outside, an airflow is established to carry away the hot air and cool the system without any active components. This process works even in the most congested environments and requires no maintenance to boot.

All said and done though, fanless cooling systems are not without their disadvantages. However well designed, fins alone cannot generate a comparable airflow to a fan. This means that fanless embedded computers are limited to low-power processors only, and generally do not support discrete graphics cards.

At the end of the day, the right computer depends on your application. If you want a top-of-the-line PC with powerful graphics abilities, you need a traditional cooling system or deploy the computer in an air-conditioned room. But if you want an industrial computer to perform complex tasks in a harsh environment, then fanless cooling systems are just the thing for you.